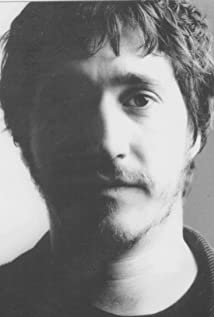 Alex Infascelli was born in Rome in 1967. At the age of 21 he moved to Los Angeles to pursue his musical career. After playing in several local bands he found a job as production assistant for Propaganda Films, working his way up to 2nd A.D. and collaborating with several directors including Dominic Sena, Rebecca Blake, Mark Romanek and Mark Pellington. He then returned home to start his directing career. In two years he became one of Italy's most sought after music video director. He collaborated with Bernardo Bertolucci, directing a video for "Lucy" by The Cocteau Twins for the "Stealing Beauty" soundtrack. In 1995 he directed a short film, part of the feature film "De Gegerazione" directed by several other debuting directors, including Asia Argento. In 1996 he took part in another episodic feature film called "Esercizi Di Stile" also directed by household names such as Dino Risi, Mario Monnicelli and Sergio Citti. The year 2000 marked his debut in feature films with "Almost Blue". "Almost Blue" won the "David di Donatello", "Nastro D'Argento" and "Ciak d'Oro" and was selected for the "Semaine de la Critique" and the "Camera d'Or" at the 54th Cannes Film Festival. The film was also a finalist at the Hollywood Film Festival and selected for the competition at Montreal. His second feature "The Vanity Serum" was released in 2004 and selected for the Sao Paulo International Film Festival, the Brussels Fantasy Film Festival and Pifan in Puchon, Korea.

My Name Is Francesco Totti

S Is for Stanley