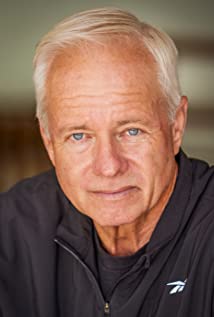 London born, raised in SoCal in Palm Springs. PSHS Alum lettered in baseball, tennis and golf. Attended Georgetown University in Washington, DC for a year when he was 16. Became contract player at Universal Studios, as part of the last group to be under the long-term Hollywood contract. Played Broadway when he was 23. Starred in first film at the age of 25. Highlights of tv career include playing a US Olympic middle-distance runner in the recreation of the First Olympics: Athens 1896, playing Navy flyer aboard the USS JFK, playing Custer, Burnside. Worked with the great Spielberg three times, Garry Marshall, Elaine May, Richard Donner, Delbert Mann, J. Lee Thompson are memorable directors. Played scenes with Beatty, Walken, Hoffman, Gere, Julia Roberts, Virginia Madsen, Peter Cushing, Roddy McDowell, Kate Mulgrew. First son born when he was 31, second son born when he was 42. Played on the Celebrity Players Golf Tour from 1998 until 2006. Produced two films, including personal opus "Three Days (of Hamlet)". Has become an in demand Narrator of Audiobooks, and with his dual cultural UK/US heritage is equally comfortable with American and British accents, voices and characters. Founder/Owner of Punch Audio.

A Kind of Magic

Cloudy with a Chance of Love