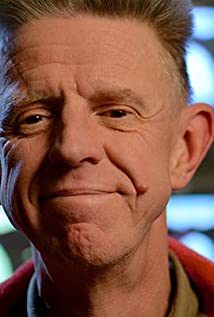 Throughout his years in the industry, Alex Cox, an English writer-director, has not only proven his loyalty and integrity to cult cinema, but also his love for it. This all began in 1977, when Cox dropped out of Oxford University to study Radio, Film & TV at Bristol until graduating in 1977. Seeing difficulties in the British film scene at the time, Cox first went to Los Angeles to attend film school at UCLA in 1977. Here he produced his first film, Edge City/Sleep is for Sissies.. The same year, Cox wrote a screenplay for Repo Man, which he hoped to produce for a budget of $70,000, and began seeking funding.Sometime after, Monkees member Michael Nesmith agreed to produce Repo Man, and convinced Universal Studios to back the project with a budget of over a million dollars. The initial cinema release was limited to Chicago, followed by Los Angeles, and was short-lived. After the success of the soundtrack album, there was enough interest in the film to earn a re-release in a single cinema in New York City, but only after becoming available on video and cable. Nevertheless, it ran for 18 months, and eventually earned $4,000,000.Continuing his fascination with punk music, Cox's next film was an independent feature shot in London and Los Angeles, following the career and death of bassist Sid Vicious and his girlfriend Nancy Spungen, initially titled Love Kills and later renamed Sid and Nancy. It was met warmly by critics and fans, though heavily criticized by some, including Pistols' frontman John Lydon, for its inaccuracies.After this, Cox wrote and directed Straight To Hell, a neo-western starring Joe Strummer of The Clash. The film was widely panned critically, but was successful in Japan and retains a cult following.On his next film, Cox's "Walker" followed the life of William Walker, set against a back drop of anachronisms that drew parallels between the story and modern American intervention in the area. The $6,000,000 production was backed by Universal, but the completed film was too political and too violent for the studio's tastes, and the film went without promotion. When Walker failed to perform at the box office, it ended the director's involvement with Hollywood studios, and led to a period of several years in which Cox would not direct a single film. Despite this, Cox and some critics maintain that it is his best film.After this, Alex struggled to find work in America, and stopped writing/directing big budget films. Since then, he has written+directed many internationally funded films including Highway Patrolman, Searchers 2.0, Death And The Compass, Repo Chick and the cult classic Three Buisnessmen. Although, In 1998, Cox co-wrote "Fear And Loathing In Las Vegas" with Terry Gilliam, who also directed the film.

Stanley Kubrick: A Life in Pictures