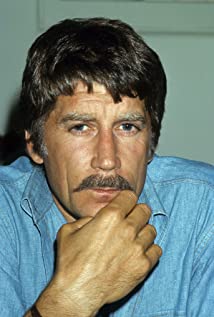 Born Alexander Viespi, Jr. in Floral Park, New York in 1933, handsome, often mustachioed Alex Cord was stricken with polio at the age of 12. Confined to a hospital and iron lung for a long time, he overcame the illness after being sent to a Wyoming ranch for therapy. He soon regained his dream and determination of becoming a jockey or professional horseman.A high school dropout at the age of sixteen, he grew up to be too tall to be a jockey so he joined the rodeo circuit and earned a living riding bulls and bareback horses. During another extended hospital stay, this time suffering major injuries after being thrown by a bull at a rodeo in New York City's Madison Square Garden, he reevaluated his life's direction and decided to finish his high school education by way of night school. A voracious reader during his long convalescence, he later studied and received his degree in literature at New York University.Prodded by an interest in acting, Alex received dramatic training at the Actors Studio and began his professional career in summer stock (The Compass Players in St. Louis, Missouri) and at the American Shakespeare Festival in Stratford, Connecticut where he played "Laertes" in a production of "Hamlet". A British producer saw his promise and invited him to London where he co-starred in four plays ("Play With a Tiger", "The Rose Tattoo", "A Midsummer Night's Dream" and "The Umbrella"). He was nominated for the "Best Actor Award" by the London Critics' Circle for the first-mentioned play.He sought a Hollywood "in" and found one via his equestrian skills in the early 1960s. Steady work came to him on such established western TV series as Laramie (1959) and Branded (1965) and that extended itself into acting roles on crime action series (Route 66 (1960) and Naked City (1958)). Gaining a foothold in feature films within a relatively short time, he starred or co-starred in more than 30 feature films, including Synanon (1965), Stagecoach (1966), Stiletto (1969) and The Brotherhood (1968).After his film career declined in the late 1970s he turned to action adventure overseas with the "spaghetti western" A Minute to Pray, a Second to Die (1967) [A Minute to Pray, A Second to Die] and the British war drama The Last Grenade (1970) with Stanley Baker and Richard Attenborough. Around that time as well, he played the murderer opposite Sam Jaffe's old man in Edgar Allan Poe's dramatic short, The Tell-Tale Heart (1971). It was TV, however, that provided more career stability. Cord has more than 300 credits, including roles in Hotel (1983), Fantasy Island (1977), Simon & Simon (1981), Jake and the Fatman (1987), Mission: Impossible (1966), Walker, Texas Ranger (1993) and Murder, She Wrote (1984). He situated himself in a number of series, notably Airwolf (1984), in which he co-starred with Jan-Michael Vincent and Ernest Borgnine as the mysterious white-suited, eye-patched, cane-using "Michael Archangel".Later commercial interest was drawn from his title role in Grayeagle (1977), a remake of the John Wayne film, The Searchers (1956), in which he played the Indian kidnapper of Ben Johnson's daughter. Lana Wood, sister of star Natalie Wood (who appeared in the original), also co-starred in this film. Alex can still be seen from time to time in low-budget films and the occasional television appearance, but other interests took up his time. His last film role was in the dismissible thriller Fire from Below (2009) in support of Kevin Sorbo.Alex's love for horses extended itself into work for numerous charities and benefits. He was a regular competitor in the Ben Johnson Pro-Celebrity Rodeos that raised money for children's charities, and he is one of the founders of the Chukkers for Charity Celebrity Polo Team which has raised more than $3 million for worthy causes. He chairs "Ahead with Horses", an organization that provides therapeutic riding programs for the physically and emotionally challenged. Alex also turned to writing, thus far publishing several novels including A Feather in the Rain (2005), Days of the Harbinger (2013), The Man Who Would Be God (2014 and High Moon (2016). He has also sold three screenplays.The actor's three marriages all ended in divorce. His second wife was British-born actress Joanna Pettet and third, Susannah, was a horse trainer. He had three children -- Toni Aluisa, Wayne and Damien Zachary. His son by Pettet, Damien, died tragically in 1995 of a heroin overdose at the age of 26.

To Be the Best

The Dirty Dozen: The Fatal Mission