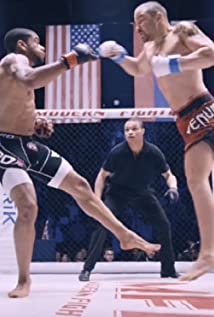 Aleksey Aleksandrovich Chadov was born on September 2, 1981, in Solntsevo, Moscow region, RSFSR, USSR, now a suburb of Moscow, Russia. He is the younger brother of actor Andrey Chadov. His father, Aleksandr Chadov, died in 1986, and both brothers were raised by their single mother. Their mother, Galina Petrovna Chadova, was an engineer turned accountant and teacher. She raised both brothers as best friends. The Chadov brothers look similar, but they are not twins, with sixteen months between them. They are good friends and are diligent colleagues in their respectful careers. They would often go together on casting calls, providing broader opportunities for directors.Aleksey and his brother began acting at school, then continued as amateur actors at the municipal theater-studio in Peredelkino. His first acting teacher was Aleksey Kozhikhin. In 1992, at the age of 12, Aleksey was awarded for his stage performance and was sent to the Mediterranean resort of Antalia. During his school years he played a wide variety of characters in classical and contemporary plays. After graduating from school, he entered the Shchepkin Theatrical School in Moscow. There he studied acting in the class of Vladimir Seleznyov, and graduated as an actor in 2003. While a student, he made his film debut in a leading role in War (2002) ("War") by director Aleksey Balabanov. In 2002, Chadov received the Best Actor Award at the Montreal Film Festival.Chadov is a Russian Orthodox Christian. He currently resides in Moscow, Russia.

No Love in the City

The Last Train from Roppongi