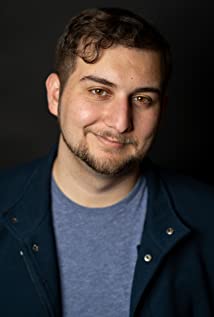 Alejandro Saab is a professional Voice Actor and Youtube Influencer! As an influencer he has over 490,000+ subscribers on YouTube with over 170 million+ combined views!But his true passion is acting! Alejandro has found much success as a voice actor, having done work at a multitude of studios like FUNimation, Bang Zoom Entertainment!, Okratron, RoosterTeeth, etc. for various anime/video games. He's lent his voice to projects such as Dragon Ball Legends as Shallot, My Hero Academia as Naomasa Tsukauchi, My First Girlfriend is a Gal as Junichi Hashiba, Nanbaka as Uno, Akiba's Trip: The Animation as Tamotsu Denkigai, Tokyo Ghoul RE: as Takeomi Kuroiwa, Card Captor Sakura: Clear Card as Takashi Yamazaki, Nomad of Nowhere as Red Manuel, RWBY as Henry Marigold and many others!

The Island of Giant Insects

Seinto Seiya: Knights of the Zodiac

YooHoo to the Rescue

The Legend of the Galactic Heroes: The New Thesis - Encounter