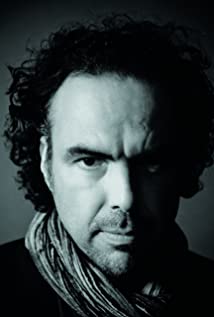 Alejandro González Iñárritu (ih-nyar-ee-too), born August 15th, 1963, is a Mexican film director.González Iñárritu is the first Mexican director to be nominated for the Academy Award for Best Director and by the Directors Guild of America for Best Director. He is also the first Mexican-born director to have won the Prix de la mise en scene or best director award at Cannes (2006), the second one being Carlos Reygadas in 2012. His six feature films, 'Amores Perros' (2000), '21 Grams' (2003), 'Babel' (2006), 'Biutiful' (2010), 'Birdman' (2014) and 'The Revenant' (2015), have gained critical acclaim world-wide including two Academy Award nominations.Alejandro González Iñárritu was born in Mexico City.Crossing the Atlantic Ocean on a cargo ship at the ages of seventeen and nineteen years, González Iñárritu worked his way across Europe and Africa. He himself has noted that these early travels as a young man have had a great influence on him as a film-maker. The setting of his films have often been in the places he visited during this period.After his travels, González Iñárritu returned to Mexico City and majored in communications at Universidad Iberoamericana. In 1984, he started his career as a radio host at the Mexican radio station WFM, a rock and eclectic music station. In 1988, he became the director of the station. Over the next five years, González Iñárritu spent his time interviewing rock stars, transmitting live concerts, and making WFM the number one radio station in Mexico. From 1987 to 1989, he composed music for six Mexican feature films. He has stated that he believes music has had a bigger influence on him as an artist than film itself.In the nineties, González Iñárritu created Z films with Raul Olvera in Mexico. Under Z Films, he started writing, producing and directing short films and advertisements. Making the final transition into T.V Film directing, he studied under well-known Polish theatre director Ludwik Margules, as well as Judith Weston in Los Angeles.In 1995, González Iñárritu wrote and directed his first T.V pilot for Z Films, called Detras del dinero, -"Behind the Money", starring Miguel Bosé. Z Films went on to be one of the biggest and strongest film production companies in Mexico, launching seven young directors in the feature film arena. In 1999, González Iñárritu directed his first feature film Amores perros, written by Guillermo Arriaga. Amores perros explored Mexican society in Mexico City told via three intertwining stories. In 2000, Amores perros premiered at the Cannes Film Festival and won the Critics Weeks Grand Prize. It also introduced audiences for the first time to Gael García Bernal. Amores perros went on to be nominated for Best Foreign Film at the Academy Awards.After the success of Amores Perros, González Iñárritu and Guillermo Arriaga revisited the intersecting story structure of Amores perros in González Iñárritu's second film, 21 Grams. The film starred Benicio del Toro, Naomi Watts and Sean Penn, and was presented at the Venice Film Festival, winning the Volpi Cup for actor Sean Penn. At the 2004 Academy Awards, Del Toro and Watts received nominations for their performances.In 2005 González Iñárritu embarked on his third film, Babel, set in 4 countries on 3 continents, and in 4 different languages. Babel consists of four stories set in Morocco, Mexico, the United States, and Japan. The film stars Brad Pitt, Cate Blanchett and Adriana Barraza. The majority of the rest of the cast, however, was made up of non-professional actors and some new actors, such as Rinko Kikuchi. It was presented at Cannes 2006, where González Iñárritu earned the Best Director Prize (Prix de la mise en scène). Babel was released in November 2006 and received seven nominations at the 79th Annual Academy Awards, including Best Picture and Best Director. González Iñárritu is the first Mexican director nominated for a DGA award and for an Academy Award. Babel went on to win Best Motion Picture in the drama category at the Golden Globe Awards on January 15, 2007. Gustavo Santaolalla won the Academy Award that year for Best Original Score. After Babel, Alejandro and his writing partner Guillermo Arriaga professionally parted ways, following González Iñárritu barring Arriaga from the set during filming (Arriaga told the LA Times in 2009 "It had to come to an end, but I still respect González Iñárritu").In 2008 and 2009, González Iñárritu directed and produced Biutiful, starring Javier Bardem, written by González Iñárritu, Armando Bo, and Nicolas Giacobone. The film premiered at the Cannes Film Festial on May 17, 2010. Bardem went on to win Best Actor (shared with Elio Germano for La nostra vita) at Cannes. Biutiful is González Iñárritu's first film in his native Spanish since his debut feature Amores perros. For the second time in his career his film was nominated for Best Foreign Language Film at the 83rd Academy Awards. It was also nominated for the 2011 Golden Globes in the category of Best F

A World Unseen: The Revenant

A World Unseen: The Revenant

Birdman or (The Unexpected Virtue of Ignorance)