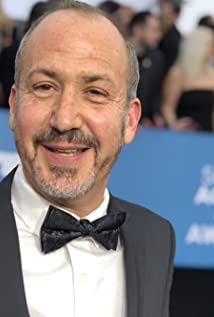 From Latinos to Russians to Spaniards to Americans; from crooks to heroes; from prime time to kids time; in English and Spanish; on tv, film and theatre, Alejandro Furth has shown versatility to critical success.Currently, Alejandro is working on a Law and Order True Crime: The Menendez Murders miniseries for NBC. Mr. Furth plays the wholesome Carlos Baralt; uncle to the convicted brothers, and best friend and brother-in-law to the deceased Jose Menendez.Next year, Alejandro can be seen in the first season of the HBO comedy Barry. The Bill Hader - Alec Berg (Silicon Valley) show, follows a hit man from the Midwest (Bill Hader) who moves to Los Angeles and gets caught up in the city's theatre arts scene. Mr. Furth jumps in the skin of Antonio, an acting student in a class led by acting guru Mr. Cousineau (Henry Winkler).Alejandro was born and raised in Venezuela. At the age of 18 he moved to Boston, Massachusetts, to study hotel management at Northeastern University. It is in this new city that Alejandro began developing an appetite for the stage while experimenting with acting in the local stages. Fully bitten by bug and having satisfied his parents' wishes of obtaining a "real" degree, Alejandro moved to the Big Apple to attend the prestigious Neighborhood Playhouse School of the Theatre. Roles in such plays as "Cutting Open Wings", "4 Cows in NYC" and the Off-Broadway hit "Bomber Jackets", quickly followed. He also tackled directing with the Off-Broadway, world-premiere of "Blind Alley." Cinema beckoned as well, when Alejandro booked his first lead role in the indie film "Upside Down." While in New York, he became a member of The Lab Theatre (formerly Circle Rep Lab) and the LAByrinth Theater Company (Philip Seymour Hoffman, artistic director).Now in Hollywood, Alejandro expanded his resume by appearing in recurrent and guest-star roles such as "Nip/Tuck", "Criminal Minds", "The King of Queens" "The Mentalist", "CSI: Miami", "What about Brian", and "Justified", to mention a few; as well as supporting roles in the blockbusters "Dreamgirls" and "Fun with Dick and Jane."In 2016, Alejandro recurred in season one of Amazon's "The Kicks". The show tells the story of Olympic gold medalist Alex Morgan, lead striker of the USA world-champion women's soccer team. Alejandro, as the tough-loving coach Pablo Rivas, brings heart and strength to the show as he leads the soccer team to strive for success.Despite his TV and film work, Alejandro hasn't forgotten his roots. Upon moving to Los Angeles, he founded La Comuna, the Latino-production unit of the award winning MET Theatre in Hollywood, where he directed and produced new works. After La Comuna, Furth became a member of the award winning company The Elephant Theatre. Here, he did the West Coast premiere of Tony award nominee playwright, Stephen Adly Guirgis' "The Little Flower of East Orange". In 2015, Furth starred in the English version of José Sanchis Sinisterra's Spanish classic, AY, CARMELA! at the Hudson Theatre in Hollywood. The production had the direction of Venezuelan award-wining director Alberto Arvelo, the sets of world-renowned architect Frank Gehry and the music of LA's Phil conductor Gustavo Dudamel.In 2009, looking for new venues of expression, Alejandro paid a visit to the Motherland, Spain, and quickly opened the door to a new market. That same year he booked a series regular in the prime-time show "Plan America" on TVE, Spain's number one TV network. That same year he flew to Venezuela and starred in "La Hora Cero" (The Zero Hour"), Venezuela's highest grossing film at the time, for which he received high critical acclaim. Back in Spain, Furth was cast in two miniseries: "No Soy Como Tu" for Antena 3, opposite Alberto Ammann, 2010 Goya winner; and "Vuelo IL8714" for TV 5, with Joaquim de Almeida. Alejandro co-starred in Alberto Arvelo's epic film LIBERTADOR, opposite Edgar Ramirez, Danny Huston, Iwan Rhean and Gary Lewis. LIBERTADOR made the short list for "Best Foreign Film" in the 2014 Academy Awards. In Colombia he co-starred next to Julia Stiles and Stephen Rea in Participants' horror thriller "OUT OF THE DARK".Alejandro Furth, is a board member of "Venezolanos en Hollywood", a non-profit organization that promotes Venezuelan artists in the USA.

Out of the Dark