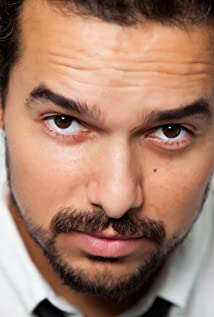 Best known for his charismatic and positive personality, Alejandro Edda was born in Puebla, Mexico. Growing up as an only child, Alejandro always had the curiosity of creating non-existing worlds and characters. After graduating from high school, he went on to attend I.R.M, one of the finest Russian Conservatory's School for Drama and Cinema in Mexico City. He studied under the Stanislavsky Method and prior to his graduation, he was offered a role in a musical play by an established writer/director from San Francisco, California. After completing his studies, Alejandro moved to Los Angeles where he commenced more training at the Meisner Acting Studio. Working as a valet parking boy and delivering wines, he managed to pay his tuition and in July 2007, he graduated as one of the top five actors in his class. Living in Los Angeles, Mexico and Colombia, Alejandro has become a budding star. His most notable projects include numerous commercial campaigns, including Google, Toyota, T-Mobile, Comcast, Bud Light, Jack in the Box, Wells Fargo, Miller Lite, and an award wining California Anti-Tobacco Campaign. His recent accomplishments has been his recurring role for season 2 in the highly popular AMC TV show,"Fear the Walking Dead" giving life to Marco Rodriguez. Soon after that he landed the role of Luis Caldera, a villain in the new T.V hit show from FOX Network "LETHAL WEAPON". Previous to that, Alejandro was first seen in the highly acclaimed T.V show "The Bridge" on FX starring Demian Bichir and Diane Kruger. His current movie projects include the feature film "Sundown" 2015, starring Camilla Belle, Devon Werkheiser and Jordi Molla. Also in the works is the road trip/surfing movie "Riding to the Light" and Netflix's "#REALITYHIGH" both directed by Fernando Lebrija . In 2017 we will see Alejandro in theaters worldwide as one of the strong supporting characters in Tom Cruise "AMERICAN MADE" Directed by Doug Liman Alejandro Edda is an actor you surely won't want to miss.