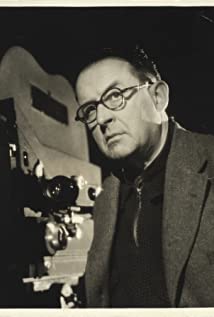 Born in Brazil in 1897, Alberto Cavalcanti began his film career in France in 1920, working as writer, art director and director. He directed the avant-garde documentary Nothing But Time (1926) ("Nothing but Time"), a portrait of the lives of Parisian workers in a single day. He moved to England in 1933 to join the GPO Film Unit under John Grierson, working as a sound engineer (Night Mail (1936)) then as a producer. He went to work for Ealing Studios during the war, initially as head of Michael Balcon's short film unit until 1946, again working as an art director, producer and director. His notable films as director include Champagne Charlie (1944), The Life and Adventures of Nicholas Nickleby (1947) and I Became a Criminal (1947). After the latter film he moved back to Brazil. There he made Song of the Sea (1953) ("The Song of the Sea") and A Real Woman (1954) ("Woman of Truth") with his own production company. However, his progressive political views caught the attention of the the right-wing Brazilian authorities, and Cavalcanti thought it prudent to return to Europe in 1954. He eventually settled in France, where he continued his work in television. He died in Paris in 1982.

They Made Me a Fugitive

The Life and Adventures of Nicholas Nickleby

The Foreman Went to France