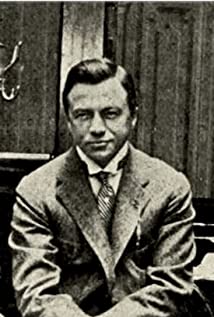 Pioneering film producer and studio executive Albert E. Smith was born in Favershem, County Kent, England, on June 4, 1875, the son of a gardener. There were nine children in the Smith family--Albert, seven brothers and a sister--and when he was three years old the entire family emigrated to the US, eventually settling in Santa Barbara, CA. After a series of uneventful jobs, he took up a career as an illusionist, calling himself "The King of Entertainers". He eventually hooked up with another expatriate Brit, J. Stuart Blackton, and they formed an act and took it on the road. It was somewhat successful, but didn't offer quite the rewards they had envisioned. He and Blackton saw the potential in the burgeoning motion-picture business, and together with William T. Rock they formed the Vitagraph Company of America to produce and distribute films. While Blackton was the production head--involving himself in casting, writing, producing, directing, and pretty much every aspect of filmmaking--Smith largely confined himself to the financial end of the company, although he did on occasion assist Blackton in the actual filmmaking process. It was as a financial wizard that Smith was of greatest help to Vitagraph, however, and he developed a reputation as a savvy--some even described him as ruthless--businessman (Mary Pickford once met with Smith to discuss the possibility of her signing with Vitagraph, but she took such a dislike to him that she stormed out of the meeting shortly after it began). Smith's foresight and business acumen helped build Vitagraph into the premier motion-picture studio of the early silent era.In 1925 Vitagraph was sold to Warner Brothers and, for all practical purposes, Smith retired. Married three times--the last to Jean Paige--Smith died in Hollywood on August 1, 1958.

On Her Wedding Night

Panoramic View of Boston Subway from an Electric Car

Mysterious Cafe, or Mr. and Mrs. Spoopendyke Have Troubles with a Waiter

Panorama of Wreckage of Water Front

Launching a Stranded Schooner from the Docks