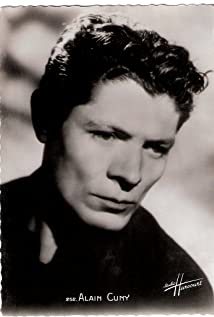 Alain Cuny went to medical school with the intention of becoming a physician, but left to attend an arts school in Paris and became a painter. He entered the film industry as a costume and set designer for such directors as Alberto Cavalcanti and Jacques Feyder, all the time attending acting school. In the late 1930s he began acting professionally, first on stage and then in films. Cuny divided his time between making films in France and Italy, switching back and forth from romantic leads to solid character parts. His best remembered role is probably that of the conflicted philosopher in Federico Fellini's La Dolce Vita (1960).

The Annunciation of Marie