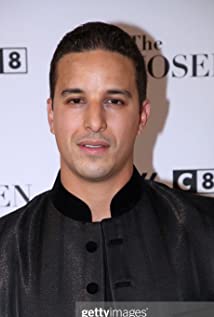 Alaa was born and raised in France, to Moroccan parents. At the age of seven, he started practicing martial arts. At 18, he was the Taekwonmudo World Champion. His fighting and acrobatic skills got him to work as a stuntman in Thailand, India and France. He then studied acting in the "Atelier International de Théâtre Blanche Salant & Paul Weaver," and started taking on roles, and kept studying with Jack Waltzer.Since the age of 21, Alaa has taken part in different film genres. But his performance opposite Jackie Chan in "Chinese Zodiac 12" paved his way to Hollywood. He was offered to play The Moor in "Outcast" with Nicolas Cage. He then joined Tilda Swinton, Mads Mikkelsen and Benedict Cumberbatch in "Doctor Strange," was directed by Michael Cuesta in "American Assassin" alongside Michael Keaton, and by Kenneth Branagh in "Murder on the Orient Express". His performance in "Taureau Taureau" earned him the Best Male Actor award at the Festival National du Cinéma d'Hyères les Palmiers.

Twice Upon a Time

Dare to Be Wild

All Three of Us