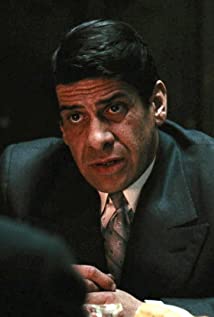 Menacing looking Italian American actor who developed into the quintessential on-screen hoodlum via several strong roles in key crime films of the early 1970s. Lettieri played the villain against some of Hollywood's biggest screen names including chasing Steve McQueen in The Getaway (1972), intimidating Charles Bronson in Mr. Majestyk (1974), threatening 'John Wayne' in McQ (1974) and, arguably in his most well known role, as Virgil "The Turk" Sollozo trying to eliminate Marlon Brando in The Godfather (1972).He was already 36 years old when he made his on screen debut in The Hanged Man (1964), and remarkably several years later was associate producer on the disturbing kidnapping drama The Night of the Following Day (1969) starring Marlon Brando. He really hit his strides in the early 1970s starring in many high profile films, before unfortunately succumbing to a heart attack at just 47 years of age. One of the most convincing "heavies" of modern cinema.

House of Pleasure for Women

The Night of the Following Day