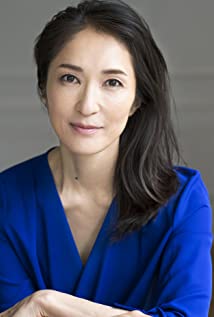 Akiko Iwase was born and raised in Tochigi, Japan. After high school, she went on to higher education in the U.S. and graduated from the College of William and Mary in Virginia. After graduating from college, Akiko returned to Japan and started her acting career in Tokyo. She has been acting on stage, film, and TV ever since.In 2008, she started her own theater company called "Bion" in which she plays the role of an actor, writer, and producer. Since its establishment, "Bion" puts on one or two productions every year. In 2017, she was awarded as the Best Actor and the Best Script Writer at Kamome One-Act Play Festival--a national competition in Japan.Her first appearance in an international film was "The Forest" (2016) directed by Jason Zada followed by a Netflix movie "Earthquake Bird" (2019) directed by Wash Westmoreland, produced by Ridley Scott, in which Akiko was thrilled to work with Oscar winner Alicia Vikander. Then she participated in "Minamata"(2020) directed by Andrew Levitas. In 2020, she walked the red carpet at the Berlin International Film Festival with the likes of Johnny Depp, Bill Nighy, and Hiroyuki Sanada.As a writer, Akiko has written many plays as well as TV dramas such as a popular Japanese detective series called, "Tokuso 9". Her screenwriting and film production debut occurred in 2021 with the independent film "Lunar Maria."