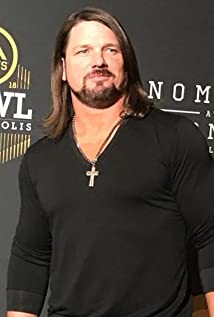 Allen Neal Jones best known by the ring name AJ Styles is an American professional wrestler currently signed to WWE. Long regarded as one of the best wrestlers in the world, Styles has headlined numerous pay-per-view events internationally.Styles debuted in 1998 and competed for various independent promotions, before gaining his first mainstream exposure in World Championship Wrestling (WCW) in 2001. He became widely known for his tenure in Total Nonstop Action Wrestling (TNA) from 2002-2013, where he was dubbed "Mr. TNA". While in TNA, Styles held the NWA World Heavyweight Championship three times and the TNA World Heavyweight Championship twice. He was also the inaugural titleholder of the X Division Championship, which he won six times. Styles is the first professional wrestler ever to complete the TNA Triple Crown (five times) and the TNA Grand Slam (two times).In 2010, Styles became the first ever TNA-contracted wrestler to be ranked number one on the annual Pro Wrestling Illustrated (PWI) PWI 500 list. He simultaneously appeared in Ring of Honor (ROH) from 2002-2006, where he became the first ROH Pure Champion. In 2014, Styles signed with New Japan Pro-Wrestling (NJPW) and won his first of two IWGP Heavyweight Championships in his debut match, later becoming the third leader of the Bullet Club. Styles has also won various titles on international independent circuits, including the PWG World Championship.Styles first appeared in WWE (then the World Wrestling Federation, or the WWF) in 2002, but turned down a developmental contract he was offered with the company. He signed a multi-year contract with WWE fourteen years later in January 2016, making his re-debut that month and going on to win the WWE Championship in September. Both PWI and the Wrestling Observer Newsletter (WON) voted him Wrestler of the Year for 2016. With his second WWE Championship victory in Manchester, England in November 2017, Styles was recognized by WWE as the first wrestler to win the title outside of North America. Also that year, he was inducted into the WON Hall of Fame.