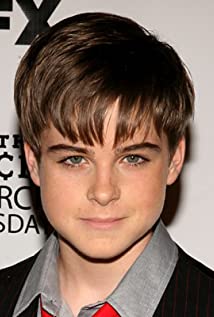 Aidan was born near Boston, MA on October 4, 1993 to an American mom and an Irish dad. He spent his first 3 1/2 years in Hull, MA. In June of 1997, he moved with his family to Galway, Ireland (his dad's birthplace) where he lived for the next seven years. It was in Galway where he made his stage debut as Bill Sykes in OLIVER at the Town Hall Theatre. In the summer of '04, Aidan and his family moved back to the U.S. to San Diego, CA. Spring '05 found him in Hollywood working with a dialect coach while pursuing an acting career. A few months later he landed his first movie role playing a British boy for THE TV SET, followed quickly by a lead role in the feature film SIMPLE THINGS. Aidan was born an actor, but he was never a ham. Even at the age of six he took his performances seriously. At eight he was adding lines to his characters in order to get more stage time. He also began writing his own scripts and rounded up friends and family to perform with him for his home movie camera. Aidan has an older sister, Aisling, and a younger brother, Cillian.