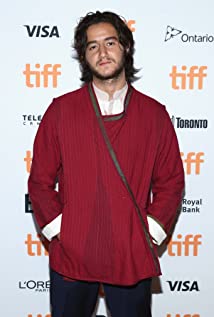 Ahmed Malek Mostafa (born 29 September 1995) is an Egyptian actor. His first audition came at the age of eight when his uncle took him to perform in a commercial. In 2005, Malek had his first role in the TV series "Ayamna el helwa" (Our Good Days). A few years later, he played a small role in "Mafish Fayda", starring Mustafa Qamar and Basma. Shortly after, executive director Osama Farid asked Malek to perform the role of young Hassan al-Banna, founder of the Muslim Brotherhood, in the TV series El-Gamaah (2010) (The Brotherhood), which is considered the then-15-year-old's first breakthrough role.After the 2011 Egyptian Revolution, Malek disappeared for a short time, as he decided to focus on political and revolutionary activism. When director Gamal Abdel Hameed offered him the role of a young Egyptian revolutionary activist in the TV series "Al-shaware'a al-khafiya" (The Backstreets) - starring famous actors Jamal Sulaiman, Layla Olwi, Sami El-Adl and Gihan Fadel - he could not resist.In 2012, director Mohamed Samy offered Malek the role of Ahmed, a stammered teenage addict in his series Ma'a Sabq Alesrar (2012). With his newfound success in the role, Samy nominated Malek to play the role of a troubled teen in his new TV series Hekayet Hayah (2013) for which he won a DG award for Best Young Actor in 2013. Seeing Malek's impressive performance, renowned Egyptian director Sharif Arafah asked him to audition for a pivotal role in the much-anticipated sequel of his movie The Island (2007). The sequel, The Island 2 (2014), propelled Malek towards regional stardom in the Middle East and after which he become one of the most successful and sought-after Egyptian actors of his generation. He would later find international fame with roles in critically acclaimed films such as Clash (2016), Sheikh Jackson (2017) and Exterior/Night (2018) - all of which have been selected to represent Egypt in international film festivals and award circuits.