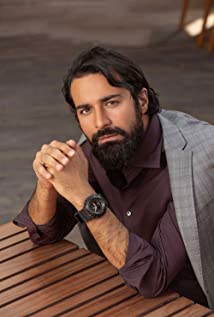 Ahmed Hatem From his first foray into acting in Awqat Faragh (2006), Ahmed Hatem could establish his name as an exceptionally prominent talent. Tracing the lives of a group of perplexed teenagers, Hatem played the role of Hazem, for which he was recommended by acting coach Mohamed Abdel Hadi. The film won wide audience and critical acclaim, and placed Hatem as many directors' first choice among his peers of young actors. These directors include Sherif Arafa, Ahmed Nader Galal, Othman Abo Labn, Hadi El Bagouri, Peter Mimi, Mohamed Gamal Al-Adl, and Hussein El Menbawy.Hatem's outstanding acting skills allowed him to pick diverse roles, building up an extensive repertoire full of successful works. These include; the thriller Al-Markib (2011), the sci-fi comedy El Ghassala that marks his second collaboration with salient star Mahmoud Hemaida, after Yoom Men El-Ayam (One Of The Days) (2017), where he played a role of a terrorist. El Ghassala also marks his second collaboration with Hana El Zahed, after the romantic film Love Story (2019). He also played the role of a hacker student in El-Haram El-Rabe (The Fourth Pyramid) (2016), and joined the cast of Sherif Arafa's series of historical films The Treasure in 2017 and 2019. Hatem's repertoire also includes a number of successful TV series, such as Vertigo (2012) and Ibn Halal (2014). Also, he stirred a huge buzz with his memorable performance as a Jewish guy in the TV hit Haret El Yahoud (The Jewish Quarter). In addition, he starred opposite superstar Youssra in a number of TV hits; Fo'k Mostawa Elshobohat (Above Suspicion) (2016), and Ladayna Akwalon Okhra (We Have Further Comments) in 2018. In the same year, he starred in the TV series Rasa'el, followed by Hekayti (My Story) in 2019. That comes in addition to his remarkable role in Halawat Al Dounia alongside Hend Sabry and Dhafer L'Abidine in 2017. Hatem's latest works include Hadi El Bagouri's anticipated romantic film Qamar 14 (Full Moon), which is headlined by a stellar cast of stars, including Shereen Reda, Ahmed Malek and Khaled Al-Nabawy. It also includes Ahmed Nader Galal's war film El Serb, in which he plays the role of a fighter pilot in the Egyptian Air Force, and Mohamed Bakir's romantic film Arosty alongside Jamila Awad. Ahmed Hatem is shooting a number of upcoming works, including Amr Salah's film Ashiq, where he stars alongside Asma Abulyazeid, the upcoming TV drama Shaqa 6: Al-Ain Al-Thalitha, as well as the second part of Leh La'a (Why Not?) TV series, where he stars opposite Menna Shalaby. The series is written by Mariam Naoum, directed by Mariam Abou Ouf, and slated to premiere on Shahid.net. On the humanitarian side, Ahmed Hatem is keen on taking part in different charity activities in collaboration with UNHCR, including participating in initiatives to support refugees through visiting refugees' camps. Furthermore, in Ramadan 2020, Ahmed Hatem led Arabeit Elkheir (Car of Good) through the streets of Cairo, offering hot meals for people-in-need following the outbreak of COVID-19. The initiative was launched by Hatem who partnered with UNHCR Egypt to include refugees and asylum-seekers in the meal distributions.