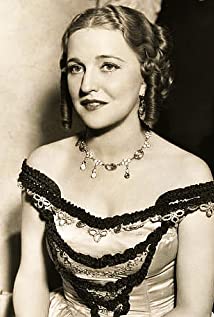 Extremely popular silent star of the 1920s. Her popularity was enhanced when she co-starred with Rudolph Valentino in The Sheik (1921) and The Son of the Sheik (1926). She made her screen debut at Essanay Studios in 1915. While she was popular in the 1920s (thanks to the patronage of her lover, Jesse Lasky), her popularity had slipped by the time she briefly retired from the screen in 1927. Divorces, lawsuits and mental health battles all took their toll on her. Ayres returned to the movies almost immediately after but had difficulty re-establishing herself. She hoped that a bit part in Souls at Sea (1937) would lead to a comeback but it did not. She died three years later of a cerebral hemorrhage.

The Son of the Sheik

The Affairs of Anatol

Go and Get It