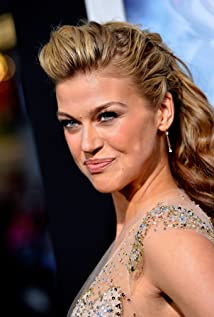 Adrianne Palicki was born on May 6, 1983 in Toledo, Ohio, to Nancy (French) and Jeffrey Palicki. Her father is of Polish and Hungarian descent, and her mother is of English and German ancestry. Adrianne graduated from Whitmer High School. She did not take the stage in her first play until she was a sophomore at Whitmer High School. While in high school, she played basketball and ran track, and was runner-up for homecoming queen. She was a series regular on the first three seasons of NBC's drama series Friday Night Lights (2006). She has since starred of co-starred in the films Legion (2010), Red Dawn (2012) and G.I. Joe: Retaliation (2013).