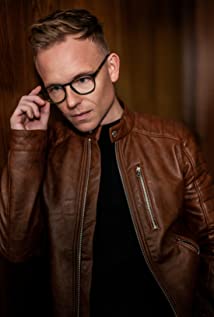 Hailing from Vancouver, British Columbia, Adrian Petriw is an Actor and Voice Artist with a diverse list of credits that spans nearly 20 years. Over that time, he has Lent his voice to numerous fan-favorite characters and franchises, such as Tony Stark in Iron Man: Armored Adventures, Ant Man in Marvel Super Hero Adventures, Ken in the Barbie animated films, Scout in Scout & the Gumboot Kids, and Shuu in Beyblade Burst. You may recognize (or not recognize) his voice in Slug Terra, Max Steel, Gintama, Superbook, Exchange Student Zero, Lego Star Wars: Droid Tales, Dinosaur Train, Escape from Planet Earth, Hero 108, Next Avengers: Heroes of Tomorrow and Netflix's The Hollow.Not content to sit out the commercial breaks, Adrian has also voiced hundreds of TV/Radio/Internet ads for some the biggest brands in North America.While Adrian is best known for his work behind a microphone, he is no stranger to performing in front of the camera as well. His credits include iZombie, Lucifer, Arrow, Hell on Wheels, Arrow, Project Mc2, The Killing, and Edgemont to name a few. He is also an accomplished Voice Over instructor and Theatrical Performer, Co-founding Vancouver's "Blind Pig Theatre" in 2010.

The Healing Powers of Dude

Slugterra: Into the Shadows