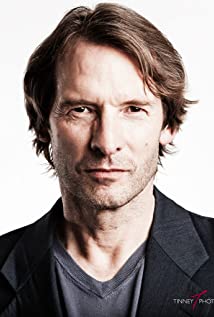 Born in Toronto, Adrian spent 10 years in the UK, where he trained and worked as an actor in theatre and film and television. Returned to Toronto Canada in the 90s and went directly to work. His ability with accents and voice booked him his first audition and job in the animated X-men classic series as the original Nightcrawler.Adrian has since amassed over 100 television and film credits, all of them substantial roles. In 2006 Adrian played the part of Jean Grey's father in 'X-Men 3' becoming the only actor who has both voiced an X-Man and been in the live action movies.In 2011 he got the role that would bring him to the attention of the gamer world. That of the famous video game character, the first Grand Master of the Templar Order's Colonial Rite, Haytham Kenway in the billion-dollar earning, Assassin's Creed 3. His flawless accent and work as the British colonial, completely done in performance capture at Ubisoft's studio, garnered Adrian his first international award nomination, a BAFTA. Ten days after the nomination, in 2013, Adrian's father died. It was a bittersweet time.Adrian's incredible acting skills have landed him a wide range of intense roles. There have been many times he has found himself flying from one production to another, swiftly changing from a demonic murderer to, for example, a man with great piety. Adrian's current on-screen role as Sigourney Weaver's brother in '(re) Assignment' falls into the bad-guy category. He'll tell you that he has developed a fondness for playing men of dubious character and motives, and that he likes to always find a heart within the monster.In life however, the man himself couldn't be kinder. Adrian's ocean-side island home keeps him and his three children close to the water and old growth forests which he works passionately to protect.

There's Someone Inside Your House