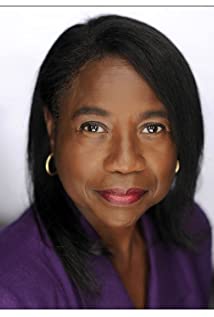 Adilah Barnes is an award-winning actor with over 50 years of acting experience. Barnes is best known to television audiences for her role as Anne Marie on ABC's "Roseanne" for five seasons -still running in syndication. Barnes has been fortunate in landing roles that come close to who she really is - a woman of enormous strength, steadfastness and grit on a mission to teach us about life, history and the rewards of perseverance. Her role opposite Hilary Swank, as the infamous Ida B. Wells in HBO's "Iron Jawed Angels" demonstrated this. As Ida B. Wells in "Iron Jawed Angels," Barnes marched for women's rights and ironically, in real life she is also a marcher and supporter for women of every ethnicity.She has guest-starred most recently in CBS' "NCIS." Other appearances include Showtime's "Shameless," NBC's "Harry's Law" and "Prime Suspect," ABC's "The Middle," CBS' well-received "Cold Case," and TNT's "Trust Me." Other television credits include "Gilmore Girls," "City of Angels," "For the People," "Roswell," "The Agency," "Family Law," "City of Angels," "Any Day Now," "Suddenly Susan," and "Mad About You." Her film credits include playing opposite Sandra Bullock in the CastleRock Entertainment film, "Murder By Numbers" and the Universal blockbuster and award-winning "Erin Brockovich" with Julia Roberts. She has also appeared opposite Ving Rhames in the CBS Hallmark made-for-TV movie, "Little John."Ms. Barnes has also extensively toured her own one-woman play, "I Am That I Am: WOMAN, Black," a historical journey into the lives of seven renowned women: Sojourner Truth, Harriet Tubman, Mary McLeod Bethune, Zora Neale Hurston, Lorraine Hansberry, Angela Davis and Maya Angelou. "I Am That I Am: WOMAN, Black" has toured three continents including 40 states across the U.S, Africa, Europe and the Caribbean.As a writer, Adilah released her first book, "On My Own Terms: One Actor's Journey" in December of 2008. "On My Own Terms" received the #3 non-fiction paperback rating in Essence Magazine's June 2009 issue following President Obama's first two books. In 2007, she founded The Writer's Well, an international literary writer's retreat for women located in a very beautiful, woodsy and serene environment in the Atlanta area. Her retreat has attracted writers from as far away as Ghana and Puerto Rico.Adilah Barnes is the Co-Founder of the Los Angeles Women's Theatre Festival, an annual, multi-cultural festival that showcases female artists in the disciplines of dance, music, theatrical performances, spoken word and comedy that has produced well over 500 artists and is now in its twenty-seventh year. Both The Los Angeles Women's Theatre Festival and Ms. Barnes individually, were honored with the prestigious Women in Theatre Award in 2006.Adding another dimension to her busy career, Adilah hosted her own Internet Radio show "Adilah," on the BlakeRadio Network, Rainbow Soul (BlakeRadio.com) where her thought provoking interviews with celebrity guests can still be heard by a worldwide audience.