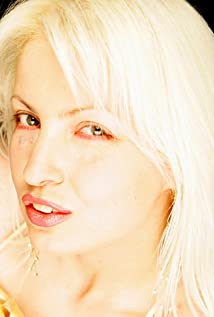 As a child Adeyto was fascinated by the Japanese Bushido, arts, sensibility, philosophy and it became her biggest dream to visit Japan as early as possible. She arrived in Japan in 1999 after finishing the study and resumed here her model and actress career that started at the age of 8.With many artistic inclinations, Adeyto extended her sphere of influence as painter, fashion designer, video director and behind the camera as photographer and cinematographer.Brought up in a classical environment, Adeyto discovered rock music and traditional Enka upon arriving in Tokyo. Soon afterward she became the lead vocal of the rock bands Genetic Sovereign and i*Dynasty and also releases solo works and music videos.In 2008 she participates as DJ for the sold out 3 days Tokyo Dome World Tour "I.V. Towards Destruction" of legendary X Japan.While expanding her acting career, in November 2008 AVEX Entertainment releases her solo album Tentation de l'Ange. The album consists of many Japanese big hits of late 60es and 70ties translated by Adeyto in French performed in a French-Pops atmosphere.Adeyto is also professor of media at the Souzou Gakuen University, Tokyo. As of 2010 her TV appearances are the likes of spokes-model and regular cast. She directs a music program, music videos and a mini-drama.

The Legacy of the Sun

Nodame Cantabile: The Movie I