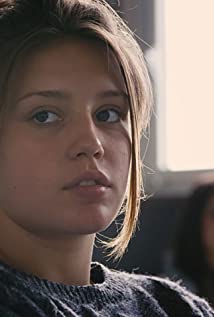 Known for her performance in La Vie d'Adèle (Blue Is The Warmest Color) by Abdellatif Kechiche, that landed her both the Palme d'Or at the 2013 Cannes Film Festival and the César for Most Promising Actress that same year, Adèle Exarchopoulos has been on the French and International big screen regularly since then. Going forward with original projects, such as "Qui Vive" by Marianne Tardieu (2014) or "Les Anarchistes" by Elie Wajeman (2015), she took part in international projects like "The Last Face" by Sean Penn and "Noureev" by Ralph Fiennes before returning to Cannes in 2019 with "Sibyl", a psychological drama by Justine Triet. The past year marks another turning point in her career as she was in two critically acclaimed comedy projects: the successful TV show "La Flamme" by Jonathan Cohen and long awaited movie "Mandibules" by Quentin Dupieux. She will soon be seen in the big action drama "Bac Nord" by Cedric Jimenez as well as a few other projects including "Rien à Foutre" by Emmanuel Marre and "Les Cinq Diables" by Léa Mysius.

Racer and the Jailbird

Journey to the Mother