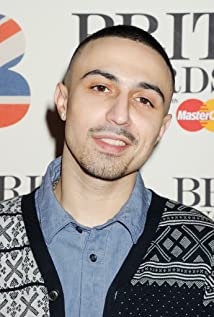 Adam Deacon is a BAFTA award winning actor, writer, director and producer from Hackney, East London. At the age of 12 Deacon began to act and trained at the Anna Scher Theatre.Adam co-wrote, co-directed and played the lead role in Anuvahood, which was released in 2011 and won him the prestigious BAFTA Rising Star Award; with Time Out magazine labelling him as "The New Face of Youth Cinema".The film has been described as, "A pulls-no-punches, coming-of-age story, centering on one directionless hopeless 'shotter', who finds his true worth in the face of urban adversity."Adam has recently set up his own production outfit Deaconstructed to champion urban storytelling and undiscovered talent from actors and filmmakers.

The Intent 2: The Come Up