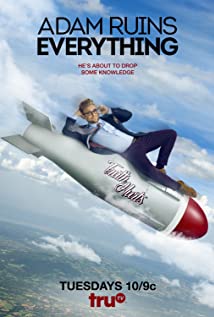 Adam Conover is a comedian based in Los Angeles. He is a writer and cast member at the popular comedy website CollegeHumor.com, for whom his video Mitt Romney Style has received nearly 50 million views on YouTube. As a stand-up comic, he has performed at the Bridgetown Comedy Festival, San Francisco Sketchfest, and at colleges across the country, and has served as a talking head on VH1's Best Week Ever. He is also a member of acclaimed sketch group Olde English, whose movie The Exquisite Corpse Project premiered in 2013 and is being distributed nationally by Splitsider Presents.