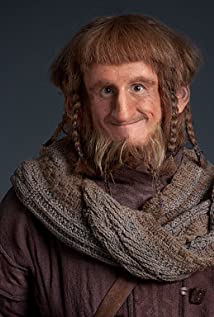 Adam Brown is an English actor and writer who was born in Hungerford, Berkshire. Adam's first film role came when he was cast as the dwarf Ori in the three-part adaptation of J.R.R. Tolkien's The Hobbit, directed by Peter Jackson.He trained clown and comedy and is co-founder of the comedy writing/performing team - 'Plested and Brown'.

Barney: This Is How I Feel