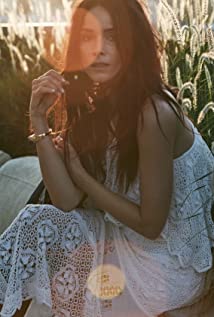 Actress, writer and producer on both the big and small screen, Abigail Spencer is quickly making a name for herself in Hollywood.Spencer was seen in Sam Raimi's, Oz the Great and Powerful (2013), a prequel take on The Wizard of Oz (1939) tale. Spencer joins James Franco, Mila Kunis, Rachel Weisz and Michelle Williams.She has starred in the Sundance Channels first scripted series, Rectify (2013). The series follows "Daniel Holden" (played by Aden Young), who must put his life back together after serving 19 years on Georgia's Death Row, before DNA evidence calls his conviction into question.Spencer also was on the indie, Kilimanjaro (2013), opposite Brian Geraghty, and reprising her role of "Annie" for the online series, "Burning Love", on YouTube, which got picked up for a second and third season. The series was produced by Red Hour and is a funny parody of Bachelor-esque show. She also reprised her role on the USA hit show, Suits (2011), and was seen in the season of Childrens Hospital (2008) for Adult Swim.Abigail was the lead in Daniela Amavia's cinematic piece, A Beautiful Now (2015), produced by Keith Kjarval/Unified Pictures.As a screenwriter and producer, Spencer is in development on Wrong Number, with James Franco producing through his "Rabbit Bandini Productions" banner. Spencer will also star in the indie romantic comedy directed by AnnaRose King. Spencer also co-wrote, with Lauren Miller Rogen, the television series, "Teach", which was purchased by ABC Family and deals with the life of high school teachers.Spencer starred, alongside Gerard Butler in Curtis Hanson's, Chasing Mavericks (2012). The film follows surfer "Jay Moriarity", who sets out to ride the Northern California break, known as "Mavericks". She was also seen, opposite Jon Hamm, on AMC's award-winning and critically-acclaimed original series, Mad Men (2007), in the series' third season as Don Draper's latest love interest, who also happens to be his daughter's school teacher. Other film credits include McG's This Means War (2012) and Jon Favreau's Cowboys & Aliens (2011).

The Heyday of the Insensitive Bastards

The Haunting in Connecticut 2: Ghosts of Georgia