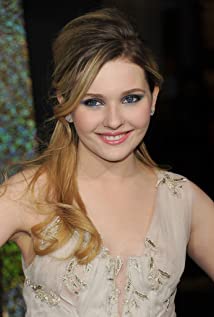 Academy Award-nominated actress Abigail Breslin is one of the most sought-after actors of her generation. Her unique and charismatic talents have contributed to her versatile roles in both comedy and drama.Recently, Breslin headlined the first season of the horror-comedy series, Scream Queens (2015), opposite Emma Roberts, Lea Michele and Jamie Lee Curtis, and starred in the coveted role of "Baby" in ABC/Lionsgate's recreation of the pop-culture classic, Dirty Dancing (2017).Abigail Kathleen Breslin was born in New York City, New York, to Kim and Michael Breslin, a telecommunications expert and consultant. She has two sibling, Ryan Breslin and Spencer Breslin, who is also an actor. She is of Irish, Austrian Jewish, and English descent.Abigial has acted since she was a small child. She is widely recognized for her role in the critically-acclaimed Little Miss Sunshine (2006), the irreverent, antic comedy which created a sensation at the 2006 Sundance Film Festival, Breslin played the role of "Olive", an ambitious young girl who is obsessed with winning a beauty pageant. For her performance, she received a Best Actress Award from the Tokyo International Film Festival and was nominated for an Academy Award, SAG and BAFTA Best Supporting Actress awards. In addition, she was honored as ShoWest's "Female Star of Tomorrow" in 2008, and made her Broadway debut in 2010 in "The Miracle Worker".Her many credits include Ender's Game (2013), Haunter (2013), The Call (2013), Rango (2011), Janie Jones (2010), Zombieland (2009), My Sister's Keeper (2009), New Year's Eve (2011), Raising Helen (2004), The Ultimate Gift (2006), The Santa Clause 3: The Escape Clause (2006), No Reservations (2007), Definitely, Maybe (2008), Nim's Island (2008), Kit Kittredge: An American Girl (2008) and M. Night Shyamalan's 2002 film, Signs (2002), opposite Mel Gibson.Breslin was seen in The Weinstein Company film, August: Osage County (2013), opposite Meryl Streep, Ewan McGregor, Julia Roberts, Sam Shepard, Dermot Mulroney and Juliette Lewis. She starred in the coveted role of "Jean Fordham", the daughter of Julia Roberts' and Ewan McGregor's characters.She starred in the Lionsgate film, Maggie (2015), opposite Arnold Schwarzenegger. The film follows a teenage girl (Breslin) from a small town in the Midwest, who becomes infected by a disease that slowly turns her into a zombie. The film premiered at the 2015 Tribeca Film Festival in New York and was released on May 8, 2015.In October of 2015, Harper Collins published Breslin's first book, "This May Sound Crazy". The book is based on her popular Tumblr "Mixtapes & Winter Coats", in which she writes honest, funny and emotional observations on her daily life as a young adult.

Yamasong: March of the Hollows