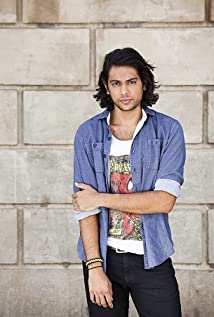 Was born on February 20, 1990 in Bombay (Mumbai), India. Abhi grew up primarily in Pittsburgh where he attended the prestigious Shadyside Academy. He played competitive hockey while all along underplaying his abilities as a saxophonist. In middle school he began receiving awards and recognition as an accomplished saxophonist. He later moved with his family to the west coast where he attended The Webb Schools and began acting in his school's productions. After graduating from Webb, he attended USC his Freshman year, but then took an indefinite leave of absence to actively pursue a career as an actor. Plays the saxophone, tennis and ice-hockey.

I Melt with You