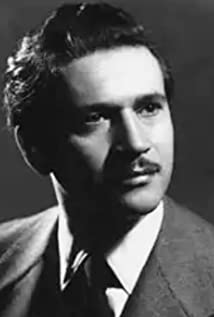 We can introduce Palay as a Samatya, Kocamustafapasa child. Father Semsettin is the restaurant owner and mother Fethiye is a housewife. They were 3 brothers. Palay Hekim attended Ali Pasa Primary School, Davutpasa Secondary School and Pertevniyal High School his primary and secondary education. He started life early. Between 1940 and 1950, he worked as an officer in Sirkeci Big Post Office and as a football player under the yellow and brown Davutpasa shirt. He started the theater in the People's Houses. He became professional in 1951 with George Bernard Shaw's Ermis Jeanne at the Art 6 Theater. He worked at Istanbul Sehir Theater and Istanbul Radio Theater Branch. He started Oraloglu Theater in 1963. A year later, he established his own theater company and went on tours. Marcelle Mayrette's Anastasia at the Arena Theater in 1966 He started cinema as an actor in 1953. In the same year, he played in the films Deli, Kahpenin Kizi, Beklenen Sarki and Zavalli Necdet. He started as a director in 1955. Between 1955 and 1972 he directed 29 films. He wrote screenplays for 18 films He started dubbing in movies in 1960. Göksel Arsoy gave life to Cüneyt Arkin, Yilmaz Güney and Orhan Gencebay with his voice In 1960, Palay started to act as a dubbing director, saying that if I am speaking the most important roles, then I'll direct the dubbing staff. In the mid-sixties, Palay's voice gave great support to Yilmaz Güney's release .His health deteriorated in the late 1980s. He started having problems with the vocalization, he had to quit both directing and dubbing Who knows, the name Palay, just like Ismet Ay, is associated with Sile, the beautiful town of Istanbul that opens to the Black Sea. The great master operated a hotel in Sile Terminal Square for many years, and lived there until his death.

A Time for Love