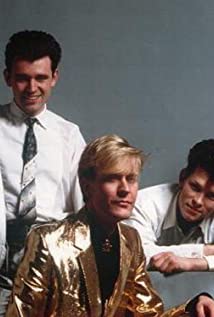 ABC are an English pop band that formed in Sheffield in 1980. Their classic line-up consisted of lead singer Martin Fry, guitarist and keyboardist Mark White, saxophonist Stephen Singleton and drummer David Palmer. ABC has its roots in the band Vice Versa, a Sheffield band formed in 1977 by synthesizer-players Stephen Singleton and Mark White. Their debut gig was as the support to Wire at the Outlook club in Sheffield.

ABC: All of My Heart