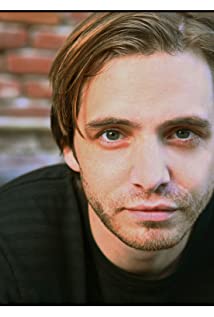 An actor who consistently brings intensity and intelligence to his work, Aaron Stanford is poised to become one of the foremost talents of his generation.Aaron received critical acclaim for his feature film debut in _Tadpole_ opposite Sigourney Weaver and Bebe Neuwirth. Since that breakout performance, he has continued to tackle a variety of roles including: "Gabe Winter" in Winter Solstice (2004) (for which he received the "Rising Star of Tomorrow" Award at The 2004 Hamptons Film Festival) opposite Anthony LaPaglia; and supporting roles in David Mamet's Spartan (2004), Woody Allen's Hollywood Ending (2002) and Spike Lee's 25th Hour (2002).He can be seen reprising his role as "Pyro" from X2: X-Men United (2003) in Fox's X-Men: The Last Stand (2006), the conclusion to the blockbuster trilogy. The film opens around the world on May 26th. He was recently seen in Alexandre Aja's remake of Wes Craven's thriller, The Hills Have Eyes (2006).He was in production on The Cake Eaters (2007), Mary Stuart Masterson's feature directorial debut. Aaron stars opposite Jayce Bartok and Kristen Stewart. Aaron plays Beagle, an oddball character who falls for the gravely ill Georgia (Stewart).He also starred in three independent films: Runaway (2005), opposite Robin Tunney, which he also produced, and which was an official selection at the 2005 Tribeca Film Festival; Flakes (2007) opposite Zooey Deschanel for Indigent Pictures and director Michael Lehmann; and, Live Free or Die (2006) (which premiered at the South By Southwest Film Festival) opposite Paul Schneider.Aaron wrapped production on ABC and Warner Bros. Television's pilot _Traveler_, where he plays the title role of Will Traveler. The show just got mid-season pick-up and began shooting in July.Aaron began his career with an intense focus in stage performance, beginning with local theater in his Massachusetts hometown and continuing with work at the London Academy of Theatre. He returned to the stage in 2004 to star in the Vineyard Theatre's off-Broadway production of "Where Do We Live?", for which once again, he received rave reviews.A graduate of Rutgers University, Aaron resides in Los Angeles when not on location.

We've Forgotten More Than We Ever Knew

How I Got Lost