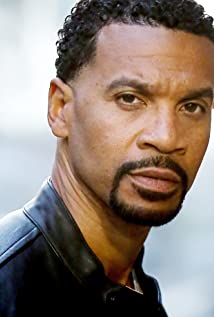 Aaron D. Spears has come a long way. A Washington D.C. native, Aaron has exhibited his natural talent in sports which have given him the tenacity, perseverance and inner strength that has helped launch him into a career in film, and television. Aaron's television appearances include, NCIS, Castle, Bones, Shark, and the CBS Series Criminal Minds. Aaron's latest big screen effort came in the form of a role as Officer Lance in the Academy Award nominated film Babel.In 1997, Aaron established his own company which brings a new facet of spoken-word poetry and thought provoking film to Hollywood. Teaming up with his longtime friend and director, Craig Ross, Jr on their fourth project together, Aaron also shines as an Executive producer on The Mannsfield 12.

I Love You, Man